The effect of trade wars on the US automotive industry

Go to next section

It would be one of Trump’s largest trade actions of his presidency; one that he hopes would aid in securing the US’ position as a technological superpower on the global stage.

Now, six months on since the introduction of a 25 per cent tariff on European automobile imports was first suggested, concerns across the U.S’ South East car industry are growing for the ripple effects it could have on their business.

Though President Trump may embrace trade wars as an invite to reclaim superiority as a global power, it’s a move that could inadvertently see US automotive manufacturers become collateral damage. Already, a swathe of car manufacturers in the southern states are starting to feel the shock-waves through their supply chains from existing tariffs on steel and aluminium.

In a recent testimony to the Senate Finance Committee, a representative from Honda North America revealed that the current steel tariffs have added millions of dollars in unplanned costs for the company. Similarly, Ford CEO Jim Hackett expressed serious concern that the continuation of tariffs and sharp rise of steel costs could bring about the loss of more than USD 1 Billion to the company.

For US auto manufacturers who depend on EU partners to procure everything from raw materials to semi-finished products, an additional 25 per cent tariff could be a crippling blow. Until supply chains are restructured to replace existing, well-vetted offshore vendors with American suppliers, such companies would pose a substantial credit risk. The response from EU officials has been predictable: as eager as they are to work with the U.S to reform the WTO and rein in China’s behavior, raised car tariffs would leave them no choice but to retaliate.

Despite a heavy regulatory burden, the United States has historically created a hospitable environment for investment growth, the outcome of which has been a highly skilled workforce and a thriving economy. Though deemed a threat to America’s claim for the throne of technological development, direct investment by European automotive manufacturers has so far proved helpful in injecting significant amount of capital into the economy of the Southern states of the US; with foreign direct investment from majority European-owned firms responsible for the creation of 4.1 million jobs in the US in 2014.

Thanks to the favorable trading conditions, an influx of leading European car companies such as Volkswagen, BMW, and Mercedes invested billions into manufacturing facilities across South Carolina, Georgia, Alabama, Florida and Tennessee, strengthening the South East’s reputation as an automotive powerhouse.

Beyond job creation, European firms have been the largest foreign spender on R&D – rather than hamper the US’ competitiveness, their contribution has enacted beneficial technology and know-how transfers, and encourages efficiency through healthy competition. Caught in the crossfires of a global trade war, the automotive industry of the South East which once roared like a race-car could soon be paying the price for this political power-play.

As well-meaning as the intentions to keep development in-house may be, the result of ongoing trade disputes is beginning to put existing and future investments directly at risk.

While instability continues to permeate the geo-political climate, steady leadership is critical in weathering the storm. Now more than ever, automotive manufacturers across the South East must gear up for the unknown by securing executives who can navigate through turbulence with confidence and establish the foundations for long-term sustainability. 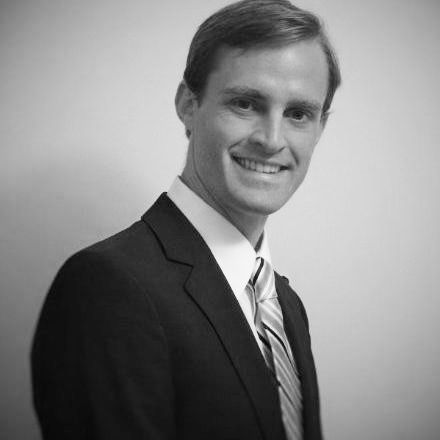