Why Life Sciences innovators need to build the right teams

Go to next section

The late, great Steve Jobs said: “Innovation distinguishes between a leader and a follower.” So, when it comes to spotting opportunities in the exciting cross-over fields of life sciences, technology, and consumer applications, the right leadership team is vital. Businesses may be set up with an original goal in mind, such as developing new tools for cancer screening. The potential applications for the technologies they innovate, however, could be far wider than the healthcare field.

Justin Hobday, Carmichael Fisher’s CEO, says the need for some members of leadership teams with broader skills and experience is now being widely recognised by companies in this cross-over space. The need for managerial agility in recognising skills gaps and plugging them with the right people is paramount for a successful business. “Original teams may well be very focused on the healthcare benefits of their potential projects and have extensive experience in that field,” he says. “Their skills may be highly specialised. “However, lucrative consumer applications could transform the future of a company. They could ensure its viability and its ability to carry out further research and development in important areas of life sciences.

“Failure to capitalise on these opportunities could have the opposite effect. Companies which fail to grasp them could be held back from performing important work. Leaders must be aware from the outset that there may be potential for the application of their technologies in different areas to those they initially target and they must be open to the opportunities which arise. They must be open to changing direction. Then, people with the right kind of skills at every level must be brought in to develop these potentially lucrative consumer applications. As the project progresses, companies may need those with corporate skills or those experienced in the use of different technologies.”

Many of the consumer markets which may use applications may be radically different to the field of life sciences. “Leadership teams need people who understand these markets,” Mr Hobday says. “They also need those with excellent corporate skills. They will know whether companies need to be split and run separately to maximise the opportunities. There are also differences in timescales. In life sciences, teams might expect to see results after a five to twelve years development process. For those with experience of the consumer markets, they would perhaps be looking to develop a product or a service within 18 months. This speed is necessary to ensure the technology isn’t overtaken or another team moves more quickly to bring something to market.”

Two case studies show the importance of that approach:

TeraView Ltd, based in Cambridge, was originally set up as part of the Toshiba overseas research laboratories in the 1990s.

It began life as a way of researching cancer diagnostic tools using Terahertz light technology. X-rays give us images of our bones. Terahertz T-rays allow us to see molecular structures. TeraView uses T-ray light, which sits between microwaves and infrared, as a tool to carry out tests and inspections. The T-rays allow the creation of 3D images. Though the technology was originally developed as a tool in cancer diagnostics, it soon became obvious that it had several other applications which needed to be developed. Alongside medical testing, TeraView’s technology is used in the pharmaceutical, semiconductor, and solar industries. It is also used to test for explosives, noxious gases, and non-metallic weapons.

Technology which began as a medical diagnostic is now an important tool in security screening. TeraView’s CEO Don Arnone says: “These opportunities became apparent quite early on. We could see there was potential in three or four different markets and we pulled in people with experience of operating in those markets. We knew we needed a team with the right technical skills and entrepreneurial flair and professionals with a good knowledge of those markets to commercialise the technologies we were producing. Initially, we brought people in on a consultancy basis, then o contract. As we moved forward, they stayed with us. We brought in people who understand markets in the USA and those who have experience in the automotive market. As the company grew and we faced different challenges, we needed a technological team which could help us deliver solutions fairly rapidly. We also needed people who could develop and maintain customer relationships in our different markets. We’ve maintained a flat structure. We don’t have a bunch of expensive executives or vice presidents, for example.

“As we have developed, we have grasped opportunities and our team has developed knowledge and skill in different markets. We developed a product for the inspection of microchips in mobile phones for Intel in 2008/9. Since then, the team has developed contacts and experience in the semiconductor industry after working with Intel’s engineers for eight years. As we’ve grown, our team has adapted to different markets and technologies, and there has been some convergence. However, there are still differences in markets which must be taken into account. Someone in sales in the semiconductor market would not be particularly adaptable to selling in the automotive market, for example.”

For innovative company Ieso Digital Health, building a team with an understanding of different healthcare marketplaces has been a key building block to success. The company was launched in 2011. It delivers cognitive behavioural therapy (CBT) to patients through a ground-breaking online method. Its Director Dr Andy Richards explains: “There’s a well-known inhibition when a patient sees a therapist face-to-face. Freud recognised this. It takes several sessions to build trust and honest dialogue. We deliver therapy online using a written method which helps our qualified therapists to develop trust with patients much more quickly than if they were physically seeing a therapist. Our system is highly secure and a writtenrecord of all sessions is kept – something which is useful to therapists and patients and allows improved protocols to be developed. Patients can access treatment via our online method more quickly than physically seeing a therapist, and our treatment has proved highly effective in many cases.

However, there is a growing market need for this approach overseas, and this is where the right leadership team has become an important element in Ieso Digital Health’s growth. Alongside skills in the commercial and technical fields, the company’s team has needed market-specific knowledge. Dr Richards says: “If you take the United States, the ‘behavioural health’ market is very underserved. So, we have needed senior people with experience and skills in those markets, we have ‘aimed high’. An additional key factor for us is regulation. It can be a complex area. In the US, regulation varies from state to state, and in Europe from country to country. We need people with a deep understanding of what’s needed to operate in all of these markets. Without the right people in place, companies will make a lot of mistakes.”

The opportunities in the cross-over space between therapy and technology are substantial. With one in four of us likely to suffer from mental illness in our lives and a growing focus on preventative medicine for mental health issues, world-wide demand for online therapy is only likely to grow. For Mr Hobday, the lessons learned by companies like TeraView and Ieso Digital Health are vital for any forward-thinking business in the field of life sciences. Without the right skills and the right entrepreneurial spirit, teams will fail to take advantage of opportunities for experimentation and growth, he says. Future success starts with the visionary leadership to build those teams. 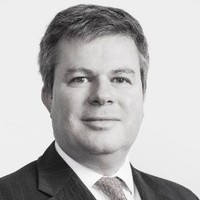 Justin established Carmichael Fisher LLC and remains hands-on in his role leading many of the firm's key mandates.